Sony’s next announcement on the Future of Gaming is going to be a BIG one! That’s because eager gaming aficionados are anxious to learn more about the gaming corporation’s latest surprise – a package of games for the PlayStation 5. While we all waited with bated breath for June 4th – the planned date of the announcement – to arrive, it now seems we’ll have to wait just a bit longer. But that doesn’t dampen the excitement of what’s to come!

Sony just disclosed that their planned June 4th announcement, about what to expect in the PS5 game collection, will not take place as originally scheduled. The gaming giant provided no specific reason, but their Tweet disclosing the event change reads:

“While we understand gamers worldwide are excited to see PS5 games, we do not feel that right now is a time for celebration and for now, we want to stand back and allow more important voices to be heard.”

The prevailing thought, among industry watchers, is that the company made the decision considering the ongoing civil unrest across the USA. We draw that conclusion in light of another Tweet from earlier the same day, in which the company said they:

“…denounce systemic racism and violence against the Black community.”

Whatever the cause behind the delay, that won’t dampen the excitement underlying the event; and gamers across the world are eager to see what games Sony plans to launch with their new platform.

So, what can we expect from the announcement – when it does eventually happen?

Well, Sony had previously set the tone of what they plan to deliver in the announcement on June 4th. Those expectations still hold true – nothing much changes on that front. So, expect that re-scheduled event to be a one-hour long gala, in which the company will showcase a wide range of new games scheduled to feature on their PlayStation 5 platform – which is itself timed for launch during the 2020 holiday season.

But…with a global audience of eager fans and supporters hanging on to every word, it’s unlikely that this event will be just one about game demos. Sure, the games themselves will likely take center stage, but the technology and tools that make those games – and the associated experiences – possible, will also be showcased. No doubt about that!

THE GAMING ENGINE TO WATCH

One thing that PS fans are sure to hear (and see!) more about, at the rescheduled launch, is Epic Games “next gen” game engine for PlayStation 5. The awesome power of Unreal Engine 5 is slated to be a “quantum leap” above and beyond any previous iterations of gaming engines launched on earlier PS platforms. Eager PS5 fans will be treated to a slew of enhanced graphical capabilities and high-fidelity features in the new slate of games that debut on PlayStation 5.

Viewers – get ready to witness the next generation in PlayStation gaming; one where photorealism rules, and delivers players a gaming experience at par with real life. And that’s what the next PS5 launch date promises. Unreal Engine 5, the new gaming engine used in many of the games to debut on PS5, empowers artists with the capability to deliver unprecedented levels of accuracy and detail in their works. The developer tools and content libraries that come with the engine, help game developers create breathtaking interactivity – with no lag or drag on the gaming experiences they create.

With PS5 games based on the Epic engine, gamers will have the same gaming experience across multiple platforms – from smartphones to gaming consoles. And that’s yet another expectation that gamers have high on their list – for their gaming to ubiquitous and not restricted.

And if you one of those eager, anxious gamers, who just can’t control their anxiety until Sony announces their next date – well, don’t worry. Simply head on to YouTube and get a sneak peak at what the new PS5 gaming engine promises.

While the recently postponed (and to-be-rescheduled) announcement is said to be about the new games set to launch on the PS5 platform, the tone has already been set on what else gamers are to expect – or at least hope for!

Earlier on, when Microsoft confirmed its specifications for their Xbox Series X, spouting an awesome 12 teraflops of GPU performance, gamers were wondering what PS5 would do to counter that. Well, there are rumors that Sony has one-upped Microsoft and delivered more gaming juice to loyal fans of its platform.

Clearly, the more disk space and the more GPU power a console has, the better the gaming experience you are likely to enjoy. So, don’t be surprised if Sony confirms those rumors at the rescheduled event. According to the leaked specifications for PS5, Sony’s new platform will not only deliver 1 TB of SSD, but will also pack 13.3 teraflops of GPU under the hood. Imagine what that kind of raw power can do when game developers put their minds to the task!

Of course, any showcase of planned game launches on the new PlayStation box won’t happen without also highlighting (showing off!) Sony’s new PS5 controller. Dubbed “DualSense“, the new accessory definitely has a “next gen” vibe to it. The product of gaming PC-maker Alienware, DualSense’s profile has already been equated to Star War’s Stormtroopers!

With new styling, dual tone finishing, blue LEDs, a more rounded shape and an even more ergonomic design, this new wireless controller is expected to deliver a more immersive gaming experience on PS5. Sony also promises that the new accessory is lighter and has a smaller footprint than its predecessor controllers. That’ll be music to the ears of many gaming enthusiasts who tune into the next gaming announcement from Sony.

But the best is yet to be experienced by eager gamers! Apparently, DualSense comes with a unique design feature – one that delivers variable tensions to the devices’ L2 and R2 triggers. They turn easier or harder to press based on what gamers are doing in a game. Think of a war simulation, where you’re discharging a handgun using your DualSense controller. Well, that should be easy to do. But when you switch weapons – say, to a heavy-duty assault rifle – the variable tension mechanism kicks in and makes the trigger harder to pull.

The wait is worth it

I’m excited to share that we will soon give you a first look at the games you’ll be playing after PlayStation 5 launches this holiday. The games coming to PS5 represent the best in the industry from innovative studios that span the globe.

Clearly, the cancellation (hopefully not for long) has left many eager gamers the world over a bit disappointed. However, based on everything the company is saying, we won’t have to wait too long before a revised date is announced. Given that the flagship console – the PlayStation 5 – is still scheduled for Holiday 2020 launch, it’s unlikely that the gaming launch will be pushed out too close to that period.

So, as you wait eagerly for the next announcement to show up – watch Sony’s Twitter space carefully for a new date. You won’t have long to wait. Anyway, you know what they say about waits: The longer the wait the more rewarding is the date! 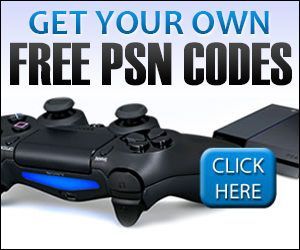